An increasing number of friends have asked me for tips on what to do in Phuket (please note that the “h” is silent), as it’s become somewhat of a “hot spot” over the past couple of years. From a geographical standpoint, Phuket is an island located along the western shore of Thailand, in the Andaman Sea.  There are tons of activities to do during your stay in Phuket, but I wanted to highlight a few activities that I found particularly awesome, and hope you will as well!

Bangla Road (Patong) – This strip is not for anyone who craves modesty, kids, or anyone that is looking for a church 😉  This strip is full of restaurants, bars, clubs, and go-go dancing (with a twist).  First, our group found a chill restaurant on the strip, where the 4 of us were able to eat and drink for only $16 USD (total for all 4 of us!!).  Not only was the food tasty, but it was filling. I’ve heard that the restaurant we visited is no longer there, but from what I’ve seen you can find comparable pricing elsewhere along the strip provided you don’t go to a restaurant that’s too posh.  As for the bars and clubs – they are pretty standard.  You can hear the music that the DJ is playing from the strip, as most if not all of the clubs face the strip, so choose the one that is playing the music you’re vibing to, and you should be set.  Shockingly, many bars there are standard like you’d find in the U.S. – nothing much to speak to on this.

The truly shocking part (for most Westerners) of Bangla Road relates to the go-go dancing, which is referred to as the “ping pong show”.  Don’t know what that is? Don’t worry, I’ll explain as nicely as I can.  Essentially, it’s a show where performers (mostly women, but some men), take various items (live animals like fish or frogs, darts, fruit, ping pongs, and other items), and put on a show.  They take these items, place them in various bodily orifices and shoot them at designated targets – be careful when its dart time, and no I’m not joking…   There will be promoters all along Bangla Road that vie for your attention, as they want you to go to their particular ping pong show.  Please make sure that you arrange pricing before you agree!!!  Although most scams are done in Bangkok (where I’ve heard many instances of where tourists had to pay quite a bit for the show), scamming tourists in Phuket is not entirely unheard of.  Generally, there should be no cost to enter the club, but you are expected to tip each performer (if you went to a club with free admission), especially the ones that worked with more difficult items (I’m still stuck on the darts and live animals), as well as the cost for a drink (usually $400 – $700 Baht, which is about $12 – $21 USD).  My party of 4 made it through a few objects before gracefully leaving – we wanted to partake in a time honored tradition (not fully knowing what it was), but I have to admit that its not for everyone – it is very, very graphic.  You were forewarned!

Ko Phi Phi Island – This was the absolute highlight of our trip, and yes, I’m speaking for everyone within my group, as we still talk about it!!  First off, it was the most gorgeous place I’ve ever visited.  Think clear waters almost like you’ll find in Bora Bora, but with awesome, lush mountains and cliffs that together create a spectacular view.

There are 2 docks on Ko Phi Phi, and ultimately the dock you get off at depends on what hotel you stay at.  If you want to be around the nightlife, then you’ll likely want to find a hotel near the first dock, Tonsai Pier.  This is the busiest pier in Ko Phi Phi, and where most of the action is, and where the village is closest to.  However, if you stay at one of nicer resorts, then you’ll likely get off at Laemtong Bay.  This area of Ko Phi Phi is supposed to be even more gorgeous, as its less trafficked by travelers, not near the nightlife, but is supposedly perfect for honeymooners who may want peace and quiet.  This is on my must do list for next time!

We booked a trip with Bob’s Booze Cruise, which I would highly, highly recommend!!  This was my first ever booze cruise, so I wasn’t sure what to expect, but the reviews were high, so we went for it.  Essentially, you’re on a boat with about 15-20 other spirited passengers from all over the world – mostly between the ages of 20 – 35. Together, you all tour a few of the beaches or bays around Ko Phi Phi, including Monkey Island and Maya Bay.  Monkey Island was our first stop, and the tour operator provides you with some fruit to feed the monkeys, who very readily walk right over to you to get fed!  Next, the drinks start flowing, and the true adventure begins. I don’t want to spoil anything next, as some of the magic of the day was not knowing everything that came next, but they do take plenty of pics with their go pros, all of which were available for $5USD!!

Also check out the night life, if you are not exhausted after a day of drinking rum and feeding monkeys!!  Cars are not permitted on the island, so the area is pretty walkable.  Depending on where your hotel is, once you head towards the village, you will quickly hear the music playing – just follow it.  There are tons of bars on the beach and flamethrowers who are performing all along the coast.  Everyone is laughing, dancing, and generally just having a good time!

Muay Thai Boxing – So, I must admit that I’m now in love with this form of martial arts.  Muay Thai is a traditional form of boxing in Thailand – boxers use a combination of boxing and kicking techniques in a very fast paced bout. What I loved about it was that: a)each contest started with a short ritual dance, known as Wai Kru Ram Muay, or Wai Kru for short.  This short dance is designed to pay homage to the fighters’ teachers and family, and serves as a quick blessing for victory.  Each dance is specific to the teachings passed onto each student, b)the bouts were very fast paced, and the hits were both hard, and quick.  It was highly entertaining, and I found myself 100% engaged; and c)each fighter really seemed to respect their teachings, and wanted to showcases everything they learned for the crowd.  If you make a visit to Phuket, definitely check out their Muay Thai stadium – Patong Boxing Stadium. Even if you’re not into traditional boxing or MMA fighting, you’ll be pleasantly surprised!

Elephant Tour – Riding an elephant in South East Asia is on the top of many people’s to do list – unfortunately it was on mine as well.  I found a wildlife camp that promised the ethical treatment of elephants, and rode one with my husband for about 30 min. The elephants seemed well fed, well cared for, and I did not see any clear signs of abuse.  Years later, I have learned that this was still a mistake to do.  There has been overwhelming evidence that simply engaging in the act of riding an elephant is harmful to this beautiful animal – not solely because of our weight although those metal seats are harmful, but because even if done under the most humanitarian methods, it takes much training, which will undoubtedly cause much pain for the elephant (even well cared for slaves are still slaves).  Additionally, by riding an elephant, you are further endorsing a stereotype that will continue to feed the industry, and camps that harm elephants will continue to prosper.

What I would do differently today – After reading a lot on this topic, I’d now visit an elephant refuge center that protects elephants, and saves them from conditions where they are getting abused.  From what I understand, there may not be one such refuge located in Phuket, that I can truly recommend.  But if you’re staying in Thailand for a while, look up Elephant Nature Park, in Chiang Mai.  While there, you’re able to feed the elephants, take them for a walk, and help to bathe them, while also learning about each elephant’s particular history.  I don’t profess to know a lot about this very contentious topic, but from what I’ve read, it does seem that riding elephants should be avoided, whenever possible.

Take a Tuk-Tuk – these are basically open aired taxis.  They are everywhere and so much fun to ride in.  My suggestion would be to negotiate your price before you enter their cabin, or you may be sorely surprised once they drop you off.  We preferred this to traditional taxis just because, LOL!

Where I’d Visit Next Time I Travel to Phuket

I was only able to visit Phuket for a couple of days, so I wasn’t able to do every single activity that was on my to-do list, but here are some more things you can plan to do while you’re there, which are all on my to-do list for next time!!

1)Phang Nga – remember those beautiful bays that you saw in the James Bond movies?  Yeah I know, I can’t believe that I didn’t make it there yet either!!  But go for it – I hear there are cave tours and bay tours that you can take that are absolutely stunning!

2)Siam Niramit Show – from what I understand, this is a 3 or so hour show that showcases Thai’s culture, featuring over 100 performers.

3)Cooking Class – I love Thai food, esp Thai curry.  When given the chance, I’d love to learn how to make a traditional Thai curry dish, and there are plenty of cooking schools that are itching to show us how, using the freshest ingredients around.

4)Visit more beaches – some of the top beaches that I’ve heard are must-sees include: Ya Nui Beach, Banana Rock Beach, Ao Yon Beach, Paradise Beach, and Nai Yang Beach.  Check them out, and you’ll quickly see why they are on my to-do list! 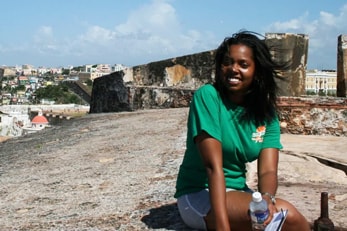